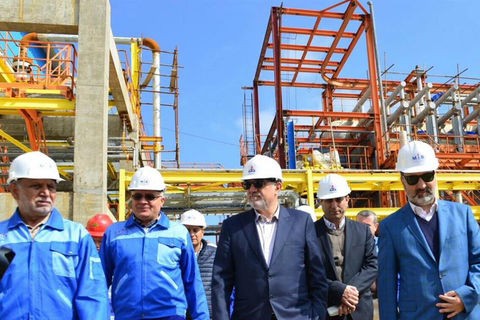 The Ammonia Unit of Masjed Soleyman Petrochemical Plant will come on-stream by March 2020, to become fully operational by 2021.

According to the National Petrochemical Company (NPC), Behzad Mohammadi, during a visit to the plant on Wednesday, said the project was spending its final construction months, adding operation of 4,500 people/day in the facility was an indication of the great efforts exerted for completion of the project.

Mohammadi expressed optimism that the project would come on-stream within the next six months.

The plant is to be fed by 861 million cubic meters/year of natural gas and is being built in 50 hectares of land in Masjed Soleyman, Khuzestan Province, southwestern Iran.

Switzerland’s Casale SA has provided the technical savvy for the ammonia unit of the project, while Japan’s Toyo acted was the provider of the urea unit’s technical knowhow.

Moreover, China’s Wuhan has been responsible for detailed engineering, logistics and construction and installation of the project.